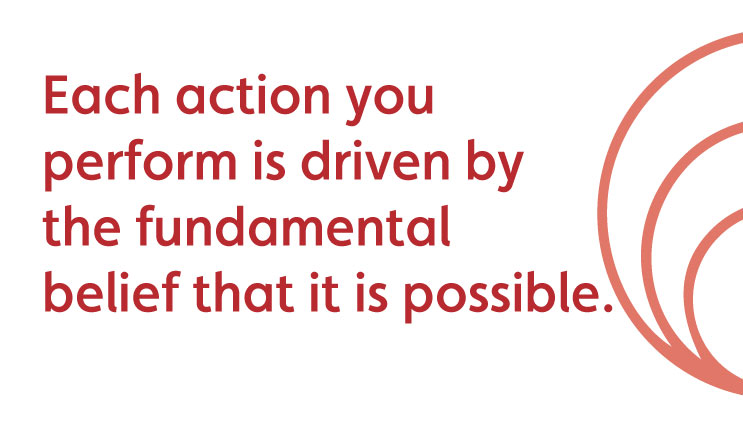 There are three layers of behaviour change:

The root of behaviour change and building better habits is your identity. Each action you perform is driven by the fundamental belief that it is possible. Your identity emerges out of your habits. You are not born with preset beliefs.

Every belief, including those about you, is learned and conditioned through experience. More precisely, your habits are how you embody your identity. The more you repeat behaviour, the more you reinforce the identity associated with that behaviour.

Whatever your identity is right now, you only believe it because you have proof of it. Of course, your habits are not the only actions that influence your identity, but by virtue of their frequency they are usually the most important ones.

As you repeat these actions, however, the evidence accumulates and your self-image begins to change. The effect of one-off experiences tends to fade away while effect of habits gets reinforced with time, which means your habits contribute most of the evidence that shapes your identity.

In this way, the process of building habits is actually the process of becoming you. This is a gradual evolution. We change bit by bit, day by day, habit by habit. We are continually undergoing microevolutions of the self.

No single instance will transform your beliefs; this is one reason why meaningful change does not require radical change.

Small habits can make a meaningful difference by providing evidence of a new identity. And if a change is meaningful, it actually is big. That’s the paradox of making small improvements.

Putting this all together, you can see that habits are the path to changing your identity. The most practical way to change who you are is to change what you do. This is why I advocate starting with small actions/steps in the changes to habits. These are made by gradually building consistency:

To change your subconscious version of the belief, you need to go out and actually test it. This is the difficult part. The subconscious mind doesn’t like it when you try to do things it believes are negative. It will likely fill you with fear at the thought of challenging it.

Overcoming this internal urge can be very difficult, but shifting your beliefs to a more empowering state can be one of the most rewarding things you will ever do. Take the time to do it properly and begin right now.

If you need guidance in undergoing that change, don’t hesitate to get in touch.