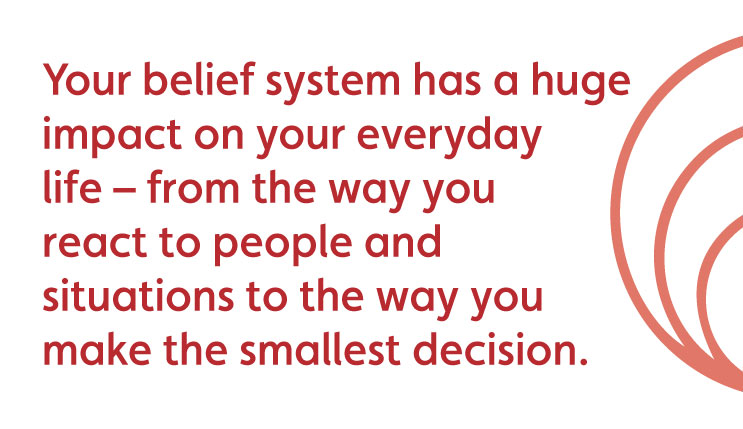 Your belief system has a huge impact on your everyday life – from the way you react to people and situations to the way you make the smallest decision. If your behaviour is controlled by a fundamental belief you have about yourself, you will find it almost impossible to change the behaviour without first changing the belief.

For example, Sara believed that she was destined to be a ‘big girl’. Her mother had often said during Sara’s childhood and adolescence that ‘Sara will always be a big girl’, and Sara had incorporated this into the belief system she had about herself. Many of her behaviours were unconsciously designed to help her prove that this belief was true.

For instance, she found it almost impossible to stick to a diet or exercise plan for longer than a few weeks. Things seemed to go all right until Sara began losing weight, and then, quite quickly, she would slip back into her old eating habits.

Some of the ideas developed by Eric Berne, the originator of Transactional Analysis (usually known as TA), help you trace the origins of your current belief system. TA is a theory for understanding human relationships and offers a practical approach to changing the way we think, feel and behave. This is because your past experiences helped to make you the person you are today.

Eric Berne believed that we begin writing our own life story at birth. The main framework of the plot is established by the time we are four and most of the main details of the story completed by around seven.

Berne was particularly concerned with the self-limiting decisions we make during childhood in the interests of our own survival. Such decisions culminate in an unconscious life plan or set of beliefs that govern the way we live our life. We call this our belief system.

As adults we operate within the limits of our belief system. It provides a comfort zone in which we feel safe and secure, but it can also become a prison, limiting our options and the possibilities we think are open to us.

These may range from relationship difficulties to poor health or a lack of direction. Berne’s ideas about how these problems originate give us a workable way of identifying likely motives for the way we behave. This can be a crucial first step towards making important changes.

My Role as a Coach

My role as a coach is to use a variety of techniques to raise your  awareness of what limiting beliefs are. Through answering powerful questions, you will be prompted to actually see aspects of the truth. Once I have an indication of your limiting beliefs, I can help you to address and change them. Often, even a temporary suspension of a limiting belief is enough of a step forward to unblock the mind in order to explore outside the boundaries imposed by limiting beliefs and move closer towards the goal.

Send me a message on Facebook Messenger to book an appointment for a 30 min discovery conversation on how to address and change limiting beliefs.